Headquartered in La Broquerie, Manitoba, the South Eastman Regional Health Authority (SERHA), one of that province's nine (at the time) regional health authorities, was responsible for the delivery of healthcare services to a catchment area covering over 10,000 square kilometers and roughly 60,000 residents in 80 communities. 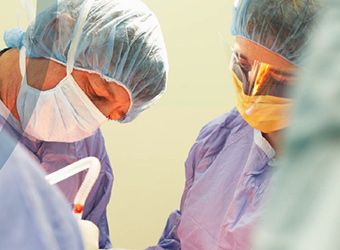 A highlight of our relationship with Compugen to date is that whenever I describe my requirements for a new or enhanced capability or network application, they simply ‘get it’, and they’re able to turn that into a workable design

When SERHA repatriated responsibility for its IT activity from a third party, it encountered numerous problems, not the least of which was that with multiple technologies and multiple product vendors involved, the network layout seemed fragmented and there was no documentation on how the network was designed. In addition, there was no centralized management and no clear window into the environment, so problem resolution was totally reactive and SERHA had no control over network traffic. As a result, the network lacked scalability, and network applications such as Disaster Recovery and VoIP were virtually impossible to add. In addition, the poor state of the network meant inconsistent access for users and considerable daily effort by IT to keep it available.

"We needed a good solid network foundation on which to build our new IT environment, so we went looking for some capable assistance," said Kevin Andrews, CIO & Manager of Information Systems at SERHA, who was hired to build the new IT team.

SERHA and Compugen redesigned the entire regional network based on Cisco technology, including new switches and routers in each location; reconfiguring the datacentre network; helping the health ministry's carrier partner make changes to the Provincial Data Network (PDN); and including support for automated failover to a secondary datacentre site at another hospital to ensure reliability.

A new, redundant VoIP phone system based on Cisco Call Manager was built on top of the new network infrastructure and rolled out to each location as legacy systems needed replacement.

"Compugen brought several important pieces to the table, including extensive Cisco design experience, working knowledge of the PDN, and the operational capabilities to install the network and support it when something goes wrong," said Andrews.

In addition to eliminating previous network problems and giving SERHA control of its own traffic and routing, the new network is a lot more logical and intelligent than it was, new applications can be deployed quickly and it is scalable and ready to meet current and future needs.

SERHA also implemented a new IP phone system that is secure, redundant and supports a common 4-digit dialing plan across the region. With Call Manager, SERHA can even extend that telephony solution to its small facilities that house less than 20 people. From a management perspective, a complete Cisco environment means one set of technologies, one vendor, one set of maintenance and support contracts, and no need for IT staff to be trained on multiple systems.

"Thanks to Compugen, we were the first rural health authority in Manitoba to undertake a network revitalization of this scope, and the eHealth Ministry was impressed with our approach," said Andrews.