Blazing new trails with Modern Deployment in education at DSBN

Employing a modern deployment approach, Compugen and the District School Board of Niagara delivered brand-new laptops to the hands of every teacher in the district in just 2-months.

The District School Board of Niagara (DSBN) oversees operations in both primary and secondary schools in the Niagara Region of Ontario. DSBN serves more than 43,000 students and employs approximately 3,000 teaching staff across 99 schools that include 79 elementary schools and 20 secondary schools. 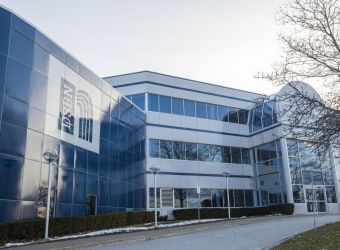 "Over time, we will have a much clearer picture of how the machines behave, what the performance requirements are, what the failure rates are and ways we can better engage in preventive maintenance to keep staff up and running." 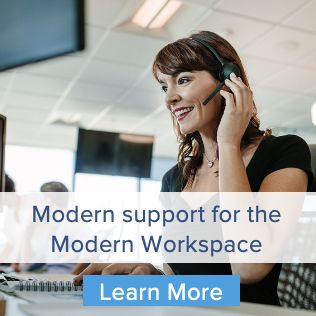 DSBN had an issue with a significant number of outdated and antiquated devices within their schools. Many of the laptops, desktops and other IT devices had long outlived their recommended life cycle. Most common were notebooks purchased for classroom use 15 years ago and intended for no more than five years of use. Given this unsustainable situation, DSBN decided that every teacher in the district would begin the 2019-2020 school year with a brand-new laptop.

The decision was made in June 2019, leaving the team responsible for deploying 3,000 NTE devices running Windows 10 a near impossible deadline of less than 3 months to meet. The team led by Derek Galipeau, Manager of Technical Services and Support for DSBN and Giuseppe Ferrara, Corporate Account Manager at Compugen knew that doing this using a traditional method was not an option. In new equipment rollouts, often everything happens in series with each device going through one action then the next. In this case, the devices would have first received a DSBN standard software image, then components such as drivers, identity management protocols, and apps would be added separately. Conservatively, this process would have taken them close to the end of the calendar year, well past their given deadline.

“Our challenge was that almost 3,000 devices needed to be deployed to teachers across the district on day one of the school year,” Galipeau said. “Starting in June with no more than eight weeks to get it done, we had to ask ourselves – how are we going to do this?”

The short answer to Galipeau’s question could be found in two words – modern deployment. Rather than following the traditional method and fully configuring and loading software on the machines before shipping them, a modern deployment approach uses cloud-based platforms to automatically complete the necessary installations when a staff member first turns on their machine.

The first task was to create a single Windows 10 image that would be used on all the machines. The image needed to be as lean as possible, so they stripped out all of the “bloatware” and anything that wasn’t absolutely necessary to create what Ferrara calls a “skinny image.” The next step was to figure out what cloud-based platform would best serve this modern deployment approach.

“We were going to go solely with Azure Active Directory as the only platform for managed devices, however, in mid-August we decided to go with a hybrid model and included an SCCM client on all of them as well. We also decided that a good portion of the policy management would be done through Microsoft’s InTune,” Galipeau said. InTune manages policies, profiles, and apps after an individual has been provisioned with the device.

The team chose Microsoft Windows Autopilot as a key part of the equation. Autopilot works in conjunction with InTune to enroll the serial number for each device in the system and manage the asset. Meaning that not only is everything set up well for the end user, the system itself is also set up to be tracked, monitored and serviced easily by the IT team.

The modern deployment approach combining Microsoft’s Azure, InTune, and Autopilot turned out to be the secret recipe that enabled the team to meet what once seemed like mission impossible. And the changes were evident right from the initial delivery. The modern deployment methodology meant that rather than send devices to DSBN head offices for allocation, testing and distribution, the team was able to send devices directly from Compugen to the schools themselves – saving time, resources and cost.

Through this innovative process, all 3,000 teachers in the district had a brand-new laptop waiting for them when they arrived for their first day of work. This is an incredible indicator of success given that Microsoft has recognized the project as the largest modern deployment ever accomplished in Canada.

The new approach not only saved time but also money. The usual cost of deploying a device, accounting for logistics, people’s time etc. is between $70 and $80 per device. Through modern deployment, the team was able to lower that cost to around $20.

Giuseppe Ferrara believes what they accomplished will have a lasting ripple effect, well beyond this one-time deployment. “Through the combined efforts of our three organizations (DSBN, Compugen and HP) we have an ability to collect ongoing information from the devices and perform effective analytics,” Ferrara said. “Over time, we’re going to get a much clearer picture of how the machines behave, what the performance requirements are, what the failure rates are, and ways we can better engage in preventive maintenance to keep staff up and running.” This means not only better performance and maintenance for DSBN’s new fleet of devices but also for any future deployments the team undertakes.

A team effort by DSBN, Compugen, Microsoft and HP led to an innovative approach to put new configured laptops in the hand of every teacher in the Niagara district in an incredibly short period of time. These devices will improve their day-to-day work lives as well as the quality of education for every student in the district. Beyond this, the bold new path will have lasting ramifications that will undoubtedly make similar future deployments even faster and more cost-efficient. The team blazed a trail that others will certainly follow for years to come.