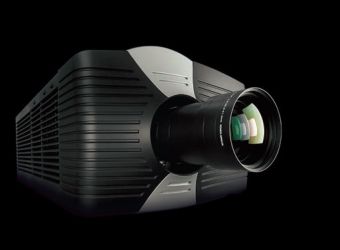 Compugen was patient working through all this with us and has been a steadfast and reliable partner. They have the experience we demand when dealing with these more difficult technologies.

Christie was experiencing two significant datacentre challenges. The first was a need for a sound disaster recovery strategy to allow planned maintenance work without bringing systems down and impacting users and ensure business continuity for the applications critical to supporting its continued success and growth.

The second challenge was virtual server sprawl. The company's investment in virtualization had increased rapidly to 20 VMware ESX host servers, with more required. "As soon as I deploy a new host server, virtual machines start appearing quickly and the host soon runs out of memory," said the Supervisor of Network & Systems at Christie., who explains that, "Virtual machines are almost too easy to provision and carry the perception of being 'free', so users want lots of them."

To handle virtual server growth and to solve the problem of continually running out memory on host servers, Christie adopted Compugen's recommendation to increase server capacity through the addition of four large IBM System x3850 X5 servers at each of its two datacentres.

"Compugen not only installed and configured the four new IBM servers in the Kitchener datacentre, but also provided the knowledge transfer so that our own people could duplicate that effort at our datacentre in California," reports the Supervisor of Network & Systems, adding that Compugen also helped with implementation of VMware vSphere and vCenter Site Recovery Manager to give Christie a robust disaster recovery platform. Key applications running in one datacentre can now be failed-over to the other location in the event of a problem or to facilitate planned system or application maintenance.

With the new IBM servers, Christie no longer has to worry about larger applications such as JD Edwards, Agile ECM, SharePoint 2010, Exchange 2010 and the Amdocs service management application draining all their CPU resources or the memory needed for virtualization. Consolidating many smaller physical servers into just four large boxes has also resulted in a smaller physical footprint, requiring less system administration and server management, and a larger logical footprint, making it easier for the IT team to tackle new projects and deploy new applications.