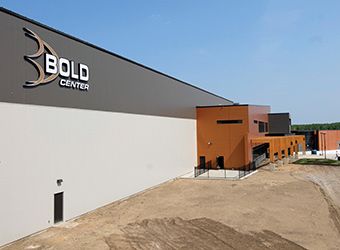 To provide technology support for a new recreation centre it was building, Lac La Biche County planned to extend its existing technology infrastructure with additional computing and networking equipment. However, the existing IT infrastructure, consisting of a Microsoft Small Business Server and basic networking could not meet the county's need to support up to 150 users. In addition, most of its server workloads – file server, print server, Microsoft exchange email server, antivirus software – ran on a single physical server that was beginning to fail.

With the construction of the new recreation centre, Lac La Biche had an opportunity to make a decision about the direction of its IT infrastructure. "It was touch and go whenever we did upgrades, and I was concerned about losing everything if the server totally died," said Ryan Manca, Manager of Information Technology, "So we decided to revamp the whole IT environment."

Compugen helped the County redesign and expand its server and network infrastructure to better address current needs, incorporate the Bold Center and position the county to accommodate future growth. The multi-faceted plan included: a new Windows Server 2008 server platform with a VMware hypervisor and eight virtual servers; extended LAN/WAN and wireless access built on Cisco enterprise equipment; and an IP phone system based on Cisco Call Manager Express & Unity Express. The WAN was also extended to connect other county facilities that were to be supported on the new infrastructure.

"I was attracted to Compugen because they have expert people focused on each aspect of the IT landscape – servers, networks, firewalls, etc. – so I felt we could build a new infrastructure correctly the first time," explained Manca, adding that, "Compugen didn't give me just one way to do things, but rather showed me various options, including one we could easily grow into down the road."

With Compugen's help, Lac La Biche County was able to revamp its entire IT environment, including robust support for the new Bold Center. "I realized we would need much better equipment to scale up to an enterprise-class IT model, and Compugen played a vital role in helping me with the design and choice of equipment," said Manca. He added that over the course of the two-year project, the county has seen massive changes in how they use technology to conduct business. "This project may never really be complete, since things keep evolving and we keep modernizing existing capabilities and adding more."