of BC population served

BC Hydro is one of North America's leading providers of clean, renewable energy and the largest electric utility in British Columbia. With a focus on lowering costs by being fiscally prudent, and always considering environmental and social costs, efficient operations are at the forefront of BC Hydro's success. 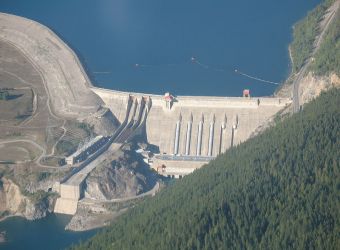 What I appreciate most is how Compugen took ownership of getting it done and dealing with any process changes that were required.

To deal with end-of-life IT assets arising from large-volume PC technology upgrades and hardware refreshes for its end users, BC Hydro formed a group to collect and track these assets gathered from across the province, wipe them clean of all residual data, donate any assets meeting a pre-defined specification to Computers for Schools, the company's chosen charity, and send the rest for environmentally responsible recycling. This became a complicated, time-consuming process, however, with assets having to be shipped from BC Hydro locations throughout the province to a central location for processing.

As part of a strategic sourcing contract with Compugen for ongoing IT services, BC Hydro engaged Compugen Finance's Green4Good program to manage its decommissioned IT assets. Implementation includes collecting decommissioned IT assets sent from BC Hydro locations, destroying any residual data on data-bearing devices to ensure data privacy and security, and triaging them based on their residual value.

Assets having no remaining value are recycled through certified partners, while those of value are either refurbished and shipped to Computers for Schools on behalf of BC Hydro or bought by Compugen, which refurbishes and resells them.

"What I like most about the program is that it reduces the number of devices going to recycling and to landfill and reduces my equipment disposition costs," says Sophia Tham, Manager, IT Security and Infrastructure, Technology and Security Department at BC Hydro.

With Green4Good, BC Hydro now has a streamlined process in place to quickly and efficiently dispose of decommissioned PCs resulting from its ongoing hardware refresh cycle. Once the program was fully up and running, the firm was also able to reassign the internal group originally handling IT asset disposition. Since then, BC Hydro's disposition costs have been measurably reduced by the resale of refurbished assets.

"The process is working well and the Compugen people are good to work with," declares Tham. "It's a pretty straightforward service, and the simple process minimized the need for my involvement, which is exactly why one outsources such a service."