Located in southern Ontario and forming the western portion of the Greater Toronto Area, the City of Mississauga is home to more than 740,000 residents and 55,000 businesses, including the global or Canadian head offices of more than 60 of the Fortune 500 companies. 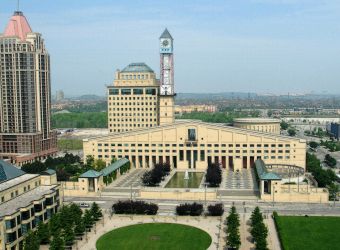 Thanks to Compugen and the flexibility and scalability of the new HP SANs, we’re now able to deliver infrastructure, applications and services a lot quicker, without having to constantly do a new procurement.

Faced with an information explosion, the City of Mississauga found that its legacy storage infrastructure, consisting of four Hewlett-Packard Enterprise Virtual Arrays (EVAs), was no longer able to meet the needs of various city departments to handle both structured and unstructured data that was growing in volume at a rate of 20% to 30% each year. According to Nick Albanese, the City's supervisor of platform services, the requirement for the City's storage infrastructure to handle unstructured data such as documents, audio and video, for example, has grown considerably; and as the amount of data being stored increased, there was also a growing concern about the reliability of the City's backup and restore capabilities.

Before simply adding more capacity to its existing EVAs, the City elicited the help of Compugen and HP to conduct a thorough assessment of its storage infrastructure and emerging storage needs. Based on the results, which emphasized the need for flexibility and agility in addition to increased capacity, Compugen recommended a new storage solution using HP 3PAR StoreServ 10000 SANs at the City's primary and secondary datacentres. The solution also included HP X9000 Network Storage Systems at both sites to support a new, more-automated disk-to-disk-to-tape backup process. Now, backups and restores are performed digitally, through site-to-site data mirroring, replacing the City's previous manual disk-to-tape process.

With HP 3PAR SANs, the City has been able to increase storage efficiency, simplify storage management and reduce operational costs, while better positioning itself to support the current and future storage needs of its departments and users. Advanced 3PAR capabilities, including Autonomic Storage Tiering, thin provisioning and zero detection, enabled the City to increase its effective storage capacity by nearly 70% and reduce its expected storage requirements for 2016 from 500TB to only 350TB.

The new automated digital backup/restore process has helped to eliminate the human errors often occurring with the legacy manual process and eliminated the need for site-to-site travel by IT staff to perform backup/restore operations. It has also cut backup windows in half and made restores almost instantaneous, giving the City a reliable new solution that will meet its needs for the foreseeable future.

Read the complete story in the September, 2013 issue of Municipal Interface.