Agility and the Modern Workspace 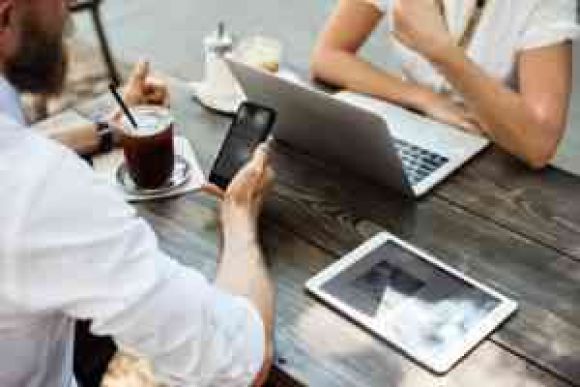 It is all hands on deck as we dive deeper into a customer centric paradigm shift. So fire up your deck at the inflection point and make a little runway for your transformative change agents to pivot, segment, and come up with a solve. And if you didn’t understand that, you are part of the 99.99% who are equally baffled. Over the past two decades, the office place, and our perception of what is “ideal” has changed considerably. While the buzzwords associated with work seem to come and go, one concept, “flexibility,” or its more recent iteration “agility,” seems to have gained a certain amount of permanence. The traditional office, with a desk and a computer behind closed doors, was replaced by the high-walled cubicles, which were in turn replaced by the lower profile desks of the open concept office, where sightlines extended from one end of the office to the other, and zones of privacy disappeared. As management consultants invented new ways to create efficiencies, agile workspaces began to gain traction, and permanent desks were replaced by first-come-first-serve "hotdesks," or bookable workspaces, while other staff worked at home. While these changes have created economic efficiencies, by lowering real estate costs for many companies, these changes haven't always facilitated productivity or happy employees. Nor are they the only changes that office workers have been asked to adopt. When computers first landed on desks, more often than not they were in the form of “dumb terminals” connected to a server. The terminals were replaced by desktop personal computers, and eventually by laptops, as workers were faced with greater mobility requirements. Currently, with the multiplicity of touch-enabled applications and devices used by businesses, and the expectation that workers will be to work effectively from anywhere, taking notes, entering data, or even presenting at a moment's notice, even laptop computers have taken on a patina of clunkiness. They are heavy, inflexible, and awkward to use while standing, or walking down a hallway, sometimes with an A/C adaptor in one hand and a smartphone in the other. What office workers increasingly need are devices that are as flexible as they are, able to adapt to nearly any need or situation. These devices need to be ultra-portable, and fluid, able to function as a tablet, phone, laptop, camera, or a communications hub as needed - something like a Microsoft Surface Pro. Equipping workers with single devices that have multi-function capability alleviates many of the frustrations caused by carrying multiple items all with a single purpose. Continuity, simplicity and portability added to strong functionality can help facilitate productivity and lower stress in individuals who are often on the move; giving them a fighting chance at that “agility” we are all aiming for in a shifting work world. While the “not-quite-right tool” can cause excess stress, the “right” tool is what makes all the difference in the world. If you're looking for the right tool for the job, contact me at lmcdonald@compugen.com, and let's have a chat.

Taking the first step towards IT security: Where to begin

Starting with a Strong Foundation