Citrix Virtual Apps and Desktops LTSR 2203 is finally here. Here’s what it means for you 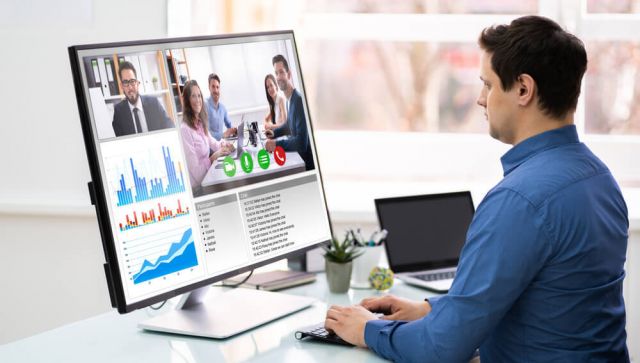 Citrix Virtual Apps and Desktops (CVAD) 7 2203 Long Term Service Release (LTSR) was released back in March 2022, and this hotly anticipated release couldn’t have come at a better time. As a review, LTSRs are typically released once every two to three years and have an extended lifecycle and support policy. Citrix has spent time making significant improvements to Microsoft Teams, user experience, security features, and has also overhauled the HDX graphics protocol stack. HDX now boasts two to three times higher frame rates and a steady 60FPS at 4K resolutions – all very exciting stuff.

Personally, I have seen many organizations begin to consider graphical workloads for their remote workers. And hybrid work is here to stay, so more and more organizations are investigating the use of Virtualized Graphical Processing Units (VGPU) and how to deploy graphically intense workloads through some form of VDI. Let’s face it – most modern applications will take advantage of GPUs if available.

What does this have to do with the 2203 LTSR release? First off, this release rolls up features and functionality from eight previous releases (CVAD 2003 to 2112). Since the last 1912 LTSR, there have been too many improvements to list individually, so I’m going to tell you about those I consider to be the most important.

Graphics Protocol – Citrix engineers have overhauled the HDX graphics stack, and 3D Graphics have been shifted into high gear. I’ve read reports of CVAD now being able to provide up to 120 FPS and improved scalability for a much smoother experience. Microsoft Teams alone will benefit from a vGPU – Microsoft enables GPU Hardware Acceleration by default. I’m beginning to think this is one of those things we’ll want to have for any VDI, and it’s excellent news that Citrix is leading the way with its tight integration and leading-edge HDX protocol.

The Microsoft Teams Optimization feature offloads some multimedia to the local workstation to provide a more native experience. While CVAD 1912 LTSR had many features in this area, Citrix has continued to extend functionality. They’ve added support for a multimonitor screen picker, selective app sharing, give/request control, multiple windows for meetings vs. chat, and expanded support for Citrix Workspace app platforms. The result is a better user experience for Microsoft Teams through a virtual desktop.

Screen Sharing now allows a user to share a Citrix Virtual Desktop session with others, including screen content, keyboard, and mouse controls, which had not been previously possible outside of unified communications (UC) platforms (Microsoft Teams, Zoom, etc.). This feature leverages HDX technology to enable users to share their screens securely and with high visual quality to multiple users over an HDX session. It works with Windows and Linux VDAs and provides a simple, efficient way to collaborate with colleagues outside of any UC platform.

Now might be the time to begin planning your next Citrix upgrade, especially if your existing environment version is XenApp/XenDesktop 7.15 LTSR, which reaches EOL on August 15. Or perhaps – like me – you’re always looking to enhance your end users’ experience and get those last couple of workflows secured and hosted in the data centre. Maybe you’re interested in moving to a cloud-hosted solution. Whatever part of the VDI journey you’re at, Compugen can help. Don’t hesitate to reach out and see if this release suits your environment.

The Internet of Things primer: What in the world is IoT?