Quickly scaling enterprises are already benefiting from virtualizing applications and storage resources, but with software-defined datacentres now a reality, so is virtualizing network elements to support a growing business. Virtualizing applications and data storage in the enterprises has become a common practice as it allows organizations to quickly scale up as business demands require. But with the advent of software-defined networking (SDN) and networks function virtualization (NFV), it’s now possible to virtualize elements of the network too. 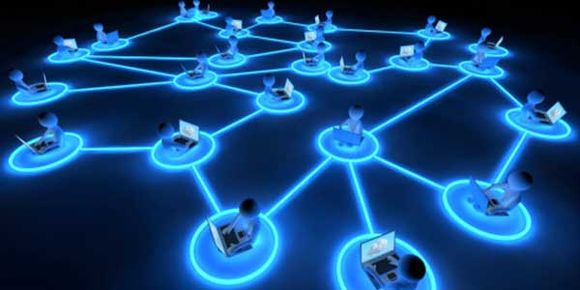 What this means is we now have all three pillars necessary to realize a “software-defined data centre.” Just as it’s now possible to quickly create software-based virtual machines to ramp up applications and allocate data storage, leading edge technologies allows us create virtual networks without having to reconfigure the physical network. Clearly, there are benefits. You could reduce network provisioning time down from days or weeks to hours or even minutes and simplify network operations. From an operations perspective, it means you can be more responsive if your business is growing rapidly, either organically or through acquisitions. This agility gives you a competitive edge. Because server and storage resources can be quickly provisioned virtually, it has meant traditional networking has been slow to keep pace, creating a bottleneck. This can limit an enterprise’s ability to scale up quickly because the networking to support these resources must still be configured manually. Traditional networking is also dependent on vendor-specific hardware and topologies. With network virtualization, you add a network segment as easily as you add a new virtual server to your IT infrastructure. The technologies available to make network virtualization a reality include VMware’s NSX Network Virtualization Platform; an excellent example of technology that allows you to spin up a VXLAN just as you would a virtual machine – – or in theory as many as 16 million if you’d like. NSX is designed to work on an existing IP network, enabling the virtualization platform is to take charge of the network; providing the further advantage of requiring less touch of the physical network. Ultimately, it begs the question: Is this something I need to deploy now? On a basic level, virtualizing your network further enhances your ability to scale up networking quickly. However, a typical enterprise generally never hits the traditional VLAN limits. What new technologies such as NSX offer is far beyond the typical current needs of most enterprise datacentres. But there are good reasons that some may want to deploy it, and even more to keep tabs on its evolution for future adoption as the technology gets proved out – and as needs increase. Multi-tenant datacentres could realize considerable operational savings and achieve tremendous agility through the ability to quickly add or remove a VXLAN based logical switch without touching the underlying physical network. For an enterprise that’s not under pressure to grow rapidly, look at network virtualization technologies such as NSX as tools that could help you future- proof your business the next time you’re looking at a major infrastructure upgrade. Virtualizing your network in anticipation of growth will give you the ability to virtually deploy computing, storage and networking in parallel and on- the- fly as needed.

Compugen is proud to announce that the innovative Green4Good™ program has been recognized as one of SITRA’s 39 inspiring circular economy solutions from around the world. Green4Good was featured at the 2020 World Circular Economy Forum, held online on the 29th and 30th of September, and was honoured as one of the most relevant, inspiring and viable solutions for the circular economy. Read More …