The Internet of Things primer: Security considerations in the era of IoT 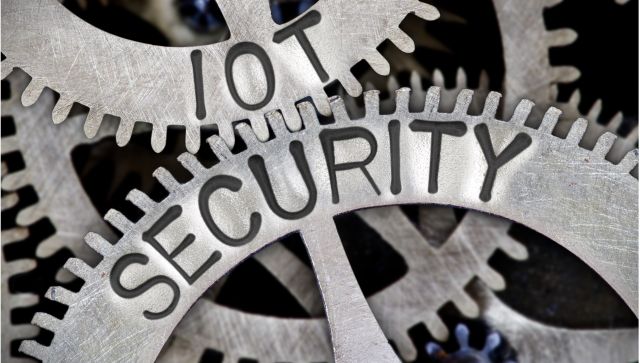 IoT devices like connected medical equipment, connected vehicles and smart personal devices all collect and exchange data. The data is used to provide information about people wearing these devices or about the environment in which the devices operate, and even control the devices themselves. New devices and smart systems that employ sensors and controllers are being developed at an exponential rate. The speed at which IoT is advancing is causing substantial risk in terms of security and data breaches.

The issue arises due to the lack of security measures built into the early phases of IoT development and is now becoming a major concern. Most of these devices have memory and processor limitations in order to reduce their size and power requirements. The multitude of IoT applications poses its own security challenges as well.

Preconfigured passwords set by the manufacturer pose another threat. Often, credentials can be the same for all models of devices for a manufacturer and login/password combinations can easily be found on the Internet. This becomes an issue when administrators do not make an effort to customize device passwords, leaving them vulnerable to attacks. In addition, many IoT devices have their telnet and/or SSH ports exposed to the Internet. A combination of the two makes these IoT devices easy targets.

Although many security breaches have been due to older implementations of IoT, hackers are continually finding ways to exploit new systems. THE VERGE, a technical publication, told the story of Verkada, a Silicon Valley company that provides Security-as-a-Service, who suffered a major breach in 2021. As a result,150,000 security cameras were compromised at Tesla factories and warehouses, Cloudflare offices, hospitals, jails, and schools, among other organizations.

Hackers claimed that they had access not only to the live feed but also to full video archives of Verkada’s customer base. The group gained super admin-level access to the company’s systems using a username/password found on the Internet. From this initial access, hackers were able to access Verkada’s network, including root access to cameras. This, in turn, allowed the hackers to access the internal networks of some of Verkada’s customers.

However, work is being done to reduce the number of IoT breaches. New devices and systems are being manufactured with the ability to update firmware and new firmware is being updated by OEMs more frequently. Data is encrypted as it is collected, and encryption is maintained throughout the data’s journey to the IoT platform, where it is both analyzed and stored. Credentials are being hardened and access is being restricted so that brute force attacks are less likely.

In addition to these measures, becoming more readily available are security products that allow IoT systems to be monitored and assessed for their security posture. These systems also detect and generate alerts for suspicious behaviour on the network.

One such system that we work with is Cisco’s Industrial Threat Defense. This suite of solutions is Cisco’s answer to growing cybersecurity concerns in the IoT/OT domain and is being deployed in various types of enterprises, including manufacturing, oil and gas, power and utilities, and transportation. Industrial Threat Defense services provide network visibility, detect threats, and prevent them from spreading. You can also layer these solutions with your existing security framework to stream security events along with the corresponding context to your security operations centre (SOC) for a truly converged IT/OT protection strategy.

If you’re looking for ways to strengthen the security of your IoT network, reach out to us. We’re here to help.

Sending your voice to the cloud: The benefits of SaaS telephony