The Internet of Things primer: What in the world is IoT? 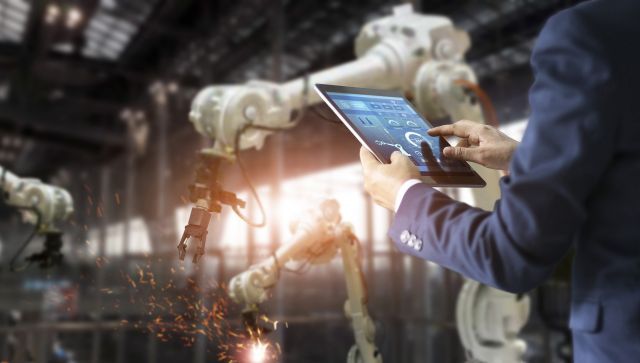 In this blog series, we break down IoT, how it came about, and how it improves life and business in the 21st century

What is the Internet of Things (IoT)?

The Internet of Things (IoT) can be characterized by the billions of, historically unintelligent physical devices, that are now connected to data networks via the Internet. These devices are made intelligent by embedding sensors and compute that communicate real-time data without human intervention. They communicate with themselves, IoT applications, and platforms – and enable business outcomes via the intelligence generated through data analytics.

An IoT system works via the real-time acquisition and two-way transfer of data. This allows for the real-time analysis and control of the system. Gartner defines three main components of an IoT solution:

The Edge. This is where data is acquired through sampling and collection from its surroundings by devices that contain sensors and/or configurable parts to alter the operation of the device.

The IoT platform. The platform consumes, stores, and analyzes the data. Based on the intelligence learned from the analysis, the platform will invoke tasks or enterprise applications. The platform also consists of device and system manageability.

The enterprise. This represents the set of applications, processes, and services that can be called by the IoT platform to complete business outcomes.

Connectivity can be added to this list to be considered a main component. Connected devices are meant to communicate what they sense and where they are located. The connectivity or communication channel is provided by solutions such as WiFi, Bluetooth, and Long-Range Wide Area Networks (LoRaWAN).

Examples of IoT devices include connected lightbulbs, smart thermostats, automated vehicles and connected avionics – all with embedded controllers and sensors that acquire data from the device, control the device or both.

Devices can be categorized into groups, such as connected homes, smart cities, connected vehicles, medical devices and smart buildings.

Internet of Things – A timeline

The idea of embedding things with sensors and compute to retrieve data intelligence has been around since the 1980s. However, only recently has it taken large strides based on the introduction of inexpensive and low-powered devices, widespread Internet connectivity, and much interest in both the business and the consumer space. The Internet of Things evolved from its humble beginnings in the 1980s to surpassing the number of people on the planet. Here is a brief outline of its history.

Size of the Internet of Things

In the next installment of The Internet of Things primer, we will be looking at how IoT is being implemented in business and industry, with specific use-case scenarios that can give you some ideas on how you can deploy the technology into your own operations.