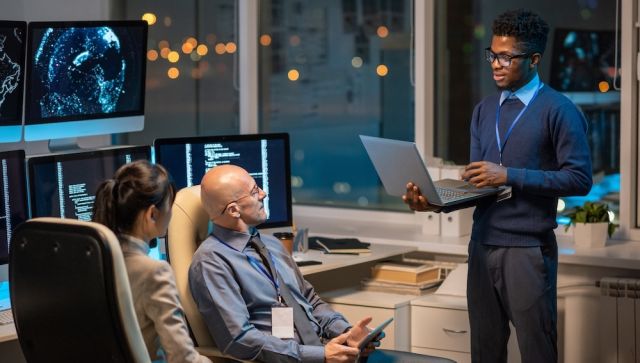 When it comes to upgrading your IT infrastructure, one of the key selling points that both vendors and service providers raise is efficiency. Every industry has its own definition of the word, but in the most basic, literal sense, efficiency is a measure of how well a certain system works to produce a specific amount of output. In IT terms, a more efficient architecture generates a particular level of output consuming a smaller pool of resources such as human capital, energy, etc. In a business scenario, doing the same work for less input is a tantalizing proposition. It just makes sense.

However, a common pitfall among those who sell something while touting higher efficiency is that they can’t back up the claim with cold, hard facts. As a ratio, efficiency is in itself a number. Whether it requires less energy to perform the same work or it takes less time (and therefore lower labour cost) to manage, the concept should always be easily quantifiable. In one of our recent projects, this became a central theme.

Take our work with a leading healthcare provider, who came to us with the goal of refreshing the legacy hardware in their corporate environment, which consisted of six-year-old servers in a traditional three-stack architecture.

In addition to the age of their ecosystem, their IT leaders found themselves spending more money and devoting more labour than necessary to keep the lights on in an enterprise environment of over 600 virtual machines. The existing design relied on multiple virtualization platforms, used four hypervisors, and required three separate administrators (for network, server, and storage) to maintain. This increased the inherent complexity of the system, upping labour and licensing costs and therefore leaving quite a bit of operating margin on the table.

The customer enlisted Compugen’s help in both simplifying and modernizing their environment. Our team came up with the solution, validated the design and implemented it in their corporate environment. The idea was to go hyper-converged, which would consolidate virtualization to one platform and only require one administrator instead of three. Nutanix supplied the AHV open-source virtualization software that provides easy management, low operating costs, and high security and performance.

The hospital had already done some light migration work, but they knew they would need greater expertise in moving over the rest of their data to the new infrastructure. Compugen’s professional services team took over the bulk of the complex migration process and rebuilt the VDI environment using Nutanix and Citrix. We performed performance tuning and wrapped it up with our signature project management. The customer also used this project as a proof of concept for hosting their EPIC electronic medical records system on Nutanix in the future.

As security is a key priority in such an environment where patient record privacy is of utmost importance, we implemented HPE DL380 and DL360 servers. Leveraging HPE’s Silicon Root of Trust technology which integrates security at the hardware level, the Gen10 platform creates an immutable fingerprint in the chip itself and offers unprecedented levels of protection against firmware attacks and compromises. Silicon Root of Trust allows only trusted firmware to be loaded onto the server (therefore malicious code cannot be injected) by anchoring the boot process in hardware and enables automated recovery with no manual intervention required.

This transformation has since netted the customer multiple layers of positive and operational benefits. By moving to Nutanix, the hospital dramatically slashed its licensing costs – they used to pay over $200,000 a year for just one of their many virtualization providers.

A more simplified system is a more manageable and less vulnerable one, so the facility requires 53% and 82% less staff time to deploy compute and storage resources respectively, all the while cutting unplanned downtime by 85%. Storage upgrades are completed 70% faster. The leaner, higher performance architecture occupies less rack space and needs less energy to power and cool, decreasing the overall carbon footprint.

How does this help my organization? What kind of potential revenues and savings can I unlock with this upgrade? How will I be able to better direct my existing resources with this solution in play? These are the questions that customers like you should be asking when looking at modernizing their environment, and that specialists like us should be continuously striving to answer with measurable and verifiable data.